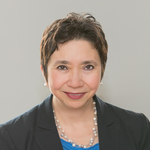 Elizabeth Wolstein is an experienced advocate who focuses on high stakes government and business litigation at the trial court level.  She defends clients in government civil enforcement matters; represents organizations and individuals in civil litigation involving federal and state agencies; and litigates complex commercial disputes on behalf of businesses and individuals.

Elizabeth has litigated complex disputes involving all manner of subject areas, including non-profit governance, academic freedom, trademark, breach of contract, fraud and other business torts, civil rights, the First and Fourth Amendments, the Foreign Sovereign Immunities Act, and federal and state freedom of information laws, to name a few.  Her clients have included a family business sued by the Department of Justice for alleged False Claims Act violations; a national nonprofit in state-level attorney general investigations and subsequent litigation; the owner of a successful start-up defrauded by his business partner; a sovereign nation and its central bank in connection with a commercial dispute between a state agency and private fuel supplier; a Mexican sugar company and Brazilian seafood exporter in separate commercial disputes; parents in a grass roots challenge to New York's school mask mandates; and a professional fundraiser sued by a state attorney general for allegedly fraudulent charitable solicitations.  Elizabeth emphasizes development and mastery of facts and evidence as integral to successful litigation strategy and works closely with clients to achieve their objectives.

Elizabeth served for nine years as an Assistant United States Attorney in the Civil Division of the United States Attorney's Office for the Southern District of New York, including for several years as Deputy Chief Appellate Attorney.  As an Assistant U.S. Attorney, Elizabeth handled some of the Civil Division's most significant cases, including defending the constitutionality of the federal statute banning partial birth abortion, representation of multiple federal agencies in the Enron bankruptcy, and defending Freedom of Information Act cases arising out of the war on terror.  She argued numerous appeals before the United States Court of Appeals for the Second Circuit, two of which were televised on CSPAN.  Elizabeth is a recipient of the Department of Justice's Attorney General's Distinguished Service Award.

Elizabeth graduated from Harvard Law School, where she was an editor of the Harvard Law Review.  Elizabeth received her bachelor's degree from Yale University.