Schaerr|Duncan partner Gene Schaerr successfully defended Texas Senator Ted Cruz against a challenge to Senator Cruz's eligibility to run for President. The challenge, brought in a Utah federal court, claimed that Senator Cruz does not qualify as a “natural born Citizen” under Article II, section 1 of the United States Constitution. Schaerr won a quick dismissal of the lawsuit, on the ground that the plaintiff lacked standing to bring the claim. The ruling came just three days before the Utah presidential caucuses, in which Senator Cruz is participating.  Read the ruling here. 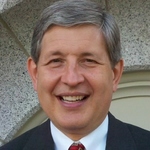