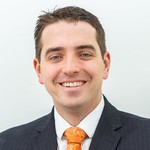 James Heilpern specializes in complex litigation and corpus linguistics, representing clients at all stages of litigation, from discovery at the trial court level through merits briefing at the Supreme Court. These include:

James is also a leading figure in the law and corpus linguistics movement, having authored some of the first legal briefs in the country to employ corpus linguistics.  As Senior Fellow at BYU Law School, he has helped shape the legal theory undergirding this new discipline, authoring numerous influential law review articles in top journals. A sought-after speaker for judicial education and CLE courses, James has personally trained judges and clerks on three U.S. Circuit Courts of Appeal, one U.S. district court, and seven state supreme courts, as well as dozens of practicing attorneys around the country.

*Not yet admitted to the D.C. Bar. Admitted to the Virginia State Bar and practicing under the supervision of D.C. Bar members pursuant to Rule 49(c)(8).