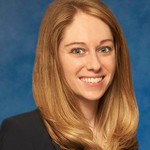 Jordan E. Smith has litigated cases spanning a host of legal issues, including questions of federal constitutional law, white collar crime, administrative law, and the Clean Air Act. She has litigated at every level of the federal judiciary, including the United States Supreme Court.

Ms. Smith began her legal career in the litigation department of Gibson, Dunn & Crutcher's Washington, D.C. office. She then served as a law clerk to Judge Raymond Gruender of the United States Court of Appeals for the Eighth Circuit.  After her clerkship, Ms. Smith returned to D.C. to work at the boutique litigation firm Boyden Gray & Associates. While practicing in D.C., Ms. Smith served as a board member of the Federalist Society's Young Lawyers chapter.