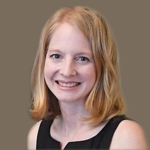 Kathryn specializes in appellate matters.  She has represented clients in a variety of state and federal courts and has drafted briefs in dozens of cases before the United States Supreme Court.  In December 2014, Kathryn was named by Reuters as one of 66 “top petitioners” before the Supreme Court from 2004-2012.

Kathryn graduated from the University of Notre Dame in 2002 and Vanderbilt University Law School in 2005.  From 2005-2006, she served as a law clerk to then-Chief Judge Douglas H. Ginsburg of the United States Court of Appeals for the D.C. Circuit.  Kathryn spent the next year as a Bristow Fellow in the Office of the Solicitor General at the United States Department of Justice.  From 2010-2011, Kathryn served as a law clerk to the Chief Justice of the United States, John G. Roberts, Jr.  She worked in the appellate practice of O'Melveny & Myers LLP before and after that clerkship and then spent time raising her young children.  She joined the Firm in 2019.