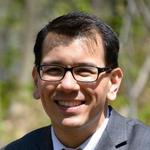 Scott Goodwin specializes in civil and criminal appeals. He has advocated for clients at every level of state and federal court, including before the Delaware Court of Chancery, the Supreme Courts of Delaware and Utah, and the United States Supreme Court. His appellate experience covers a broad spectrum of issues, including Fourth, Fifth, Sixth, Eighth, and Fourteenth Amendment challenges; separation of powers; Equal Protection; prosecutorial ethics; extraordinary writs, federal habeas corpus; and actual innocence. He has represented a wide range of clients, including prisoners, tort victims, family businesses, state governments, civil rights organizations, financial institutions, prominent billionaires and politicians, and foreign heads of state. Scott has secured favorable outcomes in the vast majority of his cases – over 70 state and federal appeals – including several after oral argument.

Scott graduated from the University of Virginia School of Law in 2006 and clerked for Judge Kent A. Jordan on the U.S. Court of Appeals for the Third Circuit. For many years he specialized in Delaware trust law at Morris, Nichols, Arsht & Tunnell LLP. In 2013 he left private practice to become a Deputy Attorney General in the Appeals Unit of the Delaware Department of Justice, and started his own appellate practice in 2017. Scott founded and directs the Criminal and Civil Rights Appeals Clinic at Brigham Young University's law school, where he also teaches evidence and criminal procedure, coaches the admiralty and Jessup moot court teams, founded the Criminal Law and Justice Conference, and was named both the 2019 and 2021 Adjunct Professor of the Year. He joined the firm in 2019.