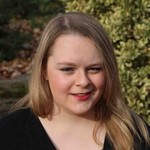 Annika Boone is an associate with Schaerr | Jaffe LLP. She joined the firm after clerking for Justice Thomas Lee of the Utah Supreme Court and Judge Ryan Nelson of the U.S. Court of Appeals of the Ninth Circuit.

Annika graduated from Harvard Law School, where she served as president of the Federalist Society, an Executive Editor of the Harvard Journal of Law and Public Policy, and executive vice president of Harvard Law Students for Life. During law school she assisted in drafting amicus briefs in Espinoza v. Montana and National Institute of Family and Life Advocates v. Becerra. Annika was a summer associate at the Becket Fund for Religious Liberty and at the Washington, DC office of DLA Piper. She also interned in the Office of Legal Policy at the Department of Justice, where she worked in support of the confirmation of Justice Brett Kavanaugh. Annika graduated summa cum laude from George Washington University with a B.A. in Political Communication.

*Not admitted to the D.C. Bar. Admitted to the Utah State Bar and practicing under the supervision of D.C. Bar members pursuant to Rule 49(c)(8).