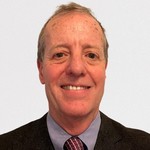 Mr. Falk's class action appellate advocacy led to landmark decisions restricting the scope of class certification in both the Ninth Circuit and the California Court of Appeal.  He has also defeated class actions as meritless even under the worker-friendly California Labor Code, and as federally preempted.

Mr. Falk has significant experience in the Supreme Court and Ninth Circuit defending class action settlements from objectors and, in one case, from excessive trial court procedural restrictions. Complementing his appellate record is extensive experience in developing and briefing class actions at the trial level relating to online consumer privacy, online advertising, and employment.

Mr. Falk was a central member of the team that changed the face of consumer and employment arbitrations by persuading the U.S. Supreme Court to invalidate categorical bans on class action waivers. He has argued dozens of motions to compel arbitration at the trial level and on appeal, and has actively participated in the development of the law at all levels as both a counselor and a litigator.

Mr. Falk has a strong track record on common law claims representing plaintiffs and defendants in a wide variety of settings.  These include persuading the California Supreme Court not to impose a tort duty on retailers, convincing the New York Court of Appeals to enforce a contractual release relating to the sale of a cellular service company, inducing the Ninth Circuit reinstating an intentional interference claim involving the rights to early Bob Marley recordings, and securing summary judgment and a summary affirmance on appeal in a derivative case before the Delaware courts.  His briefs helped persuade the U.S. Supreme Court to adopt common-law standards of vicarious liability in Superfund litigation and persuaded the Nevada Supreme Court to overturn a jury verdict.

Interested in Free Exercise issues since he wrote a law student Note on the religious protection of sacred lands, Mr. Falk has represented local churches seeking to control their own property, and has addressed employment issues for religious institutions.

Mr. Falk is an effective author of amicus briefs on a wide variety of topics including on antitrust and unfair competition.  His arguments have been explicitly or tacitly followed by several courts, including the Supreme Courts of the United States and California.

Certified as a specialist in appellate law by the California Bar, Mr. Falk has been listed in Chambers for California Appellate since 2013 and has been recognized by Northern California Super Lawyers, Best Lawyers in America, Top Attorneys in Northern California, and Avvo, among others. He is a Ninth Circuit Vice Chair for the amicus program of the National Association of Criminal Defense Lawyers, and has assisted the Family Violence Appellate Project on many appeals and amicus briefs.

Mr. Falk clerked for Judge Douglas Ginsburg on the D.C. Circuit.  He then practiced for 30 years at Mayer Brown, where he was a partner in the Supreme Court and appellate practice in Washington, D.C., Palo Alto, and San Francisco.   He graduated from the Boalt Hall School of Law at the University of California at Berkeley, where he was articles editor for the Ecology Law Quarterly.  Before that he received an undergraduate degree from the University of California at Berkeley, a master's degree from the University of Chicago, and a degree in real life from five years working on Bay Area construction sites.