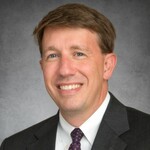 Ed has been practicing primarily in the area of employment law representing management for the last 26 years.  He is Board Certified in Labor and Employment Law by the Florida Bar.  In addition, Ed has submitted amicus curiae briefs in the United States Supreme Court on issues of religious liberty and employment law.  Ed also works with churches and religious institutions on a variety of legal issues, including child protection protocols.

*not admitted to the D.C. Bar.  Admitted to the Florida and Tennessee State Bar and practicing under the supervision of D.C.Bar members pursuant to Rule 49(c)(3)

Board Certified in Labor and Employment Law by the Florida Bar