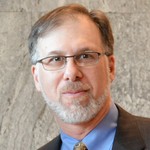 A 1990 graduate of the Columbia University School of Law, Mr. Jaffe was a law clerk to Judge Douglas H. Ginsburg of the United States Court of Appeals for the District of Columbia Circuit from 1990 to 1991. Following that clerkship he spent five years in litigation practice with the Washington, D.C. law firm of Williams & Connolly. In the summer of 1996 he left Williams & Connolly to clerk for Supreme Court Justice Clarence Thomas. At the end of that clerkship he started his own practice, and he was a sole practitioner from 1997 to 2018. He joined the firm in 2018.