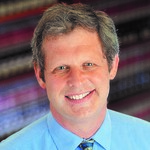 Eugene Volokh is the Gary T. Schwartz Distinguished Professor of Law at UCLA School of Law, and one of the nation's top experts on First Amendment law, Internet law, and Second Amendment law. He has written over 90 law review articles, as well as textbooks on the First Amendment and on academic legal writing. His work has been cited in about 270 court cases and about 4500 law review articles, putting him in the top 20 living legal academics on HeinOnline's ScholarRank list.

Before becoming a law professor in 1994, he clerked for Justice Sandra Day O'Connor and for Ninth Circuit Judge Alex Kozinski. Before going into law, his first career (1980 to 1992) was as a computer programmer. He is a member of the American Law Institute; a member of the American Heritage Dictionary Usage Panel; the founder and editor-in-chief of the Journal of Speech Law; and the director of the UCLA First Amendment Amicus Brief Clinic.

He has argued in over 35 appellate cases throughout the country, in the Fourth, Sixth, Seventh, Ninth, and Eleventh Circuits, and in appellate courts in 14 states; he has also filed briefs in over 175 appellate cases. He is a member of the bar of California and of all the Circuit bars except the D.C. Circuit.