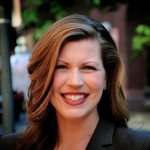 Hannah Smith specializes in appellate and religious freedom matters. She has contributed to over 25 briefs at the US Supreme Court and has represented diverse religious parties in federal courts around the country, including Anglicans, Assemblies of God, Baptists, Catholics, Hindus, Hutterites, Jews, Lutherans, Muslims, Russian Orthodox, Santeros, Sikhs, and the Church of Jesus Christ of Latter-day Saints.

Hannah served as a law clerk to two U.S. Supreme Court Justices: Justice Clarence Thomas and Justice Samuel A. Alito, Jr. She graduated from Princeton University (majoring in the Woodrow Wilson School of Public and International Affairs) and BYU Law School (Order of the Coif). She served as Executive Editor on the Law Review.

Hannah has testified before the Senate Judiciary Committee in support of then-US Supreme Court nominee Neil Gorsuch and has briefed policymakers at the White House, U.S. Capitol, and State Department, among others.

Hannah received BYU's Alumni Achievement Award, the JRCLS's Women-in-Law Leadership Award, and the Center for Constitutional Studies' James Madison Award. She serves on the Board of Directors of the Religious Freedom Institute, the Board of Advisers for her Law School alma mater, and as a Senior Fellow at the International Center for Law and Religion Studies.

She joined Schaerr Jaffe as counsel in December 2019.