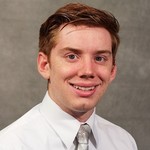 Joshua J. Prince is an associate with Schaerr | Jaffe LLP. He most recently worked in the criminal-appeals unit of the Clark County District Attorney's Office in Las Vegas, NV. In that capacity, he drafted briefs and memoranda at every level of Nevada courts in capital cases and other matters. He also helped to successfully oppose a Petition for Certiorari in a capital case before the Supreme Court of the United States. During law school, he clerked at both the United States Attorney's Office for the District of Utah and the Utah Attorney General's Office, working in the narcotics and criminal-appeals divisions, respectively. He graduated from Brigham Young University's J. Reuben Clark Law School, where he served as president of the Federalist Society and a Lead Articles Editor on the Brigham Young University Law Review. He was also active with the International Center for Law and Religion Studies during law school. Mr. Prince holds a B.A. in Russian from BYU.

In addition to his associate work, Mr. Prince assists Gene Schaerr with the management of the Supreme Court Advocacy Clinic at Brigham Young University.