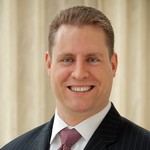 Ken Klukowski is senior counsel at Schaerr Jaffe LLP, with extensive experience in constitutional law, administrative law, election law, civil rights, and federal courts. Mr. Klukowski has held multiple appointed positions in the U.S. government, including serving as senior counsel in the Civil Division of the U.S. Department of Justice, and prior to that serving in the White House as special counsel in the Office of Management and Budget. Previously, he was senior advisor for constitutional rights on the policy staff of the Presidential Transition Team of President Donald J. Trump. In the private sector, Mr. Klukowski has worked as senior counsel at First Liberty Institute, as a legal journalist, and a senior fellow at the American Constitutional Rights Union. He has litigated constitutional cases in the U.S. Supreme Court, including the landmark Establishment Clause case American Legion v. American Humanist Society.  Mr. Klukowski has also litigated before several lower federal courts, including successfully arguing a Ninth Circuit appeal on federal abstention doctrine in United States v. California Water Resources Control Board. Additionally, Mr. Klukowski regularly contributes to media coverage of the nation's highest court and legal issues, and testifies before Congress and other policymaking bodies.

Earlier in his career, Mr. Klukowski served as special deputy attorney general of Indiana and worked on faculty at Liberty University School of Law. His academic works have been published by legal journals such as the Harvard Journal of Law & Public Policy and Yale Law & Policy Review, and his op-eds have appeared in the Wall Street Journal and other national publications. His amicus briefs and nine law review articles have been cited by various federal courts and top legal journals. He has participated in numerous Supreme Court cases, and lectured at dozens of law schools nationwide.