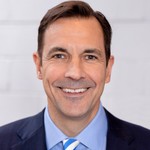 Mark Paoletta represents clients in connection with government investigations, with an emphasis on congressional investigations and hearings.  He also counsels clients on how to successfully navigate legislative and regulatory issues before the government.  Mr. Paoletta served in senior positions in the Legislative and Executive Branches for more than eighteen years, and he brings that experience to effectively help his clients.

In private practice, Mr. Paoletta has successfully represented many Fortune 500 companies in congressional investigations, including companies in the following areas: pharmaceutical and healthcare; telecommunications and media; privacy and technology; hedge funds and banking; energy; defense contracting and services; and education.  He has represented government officials in high-profile inquiries, including a Governor, a Mayor, and a senior White House official.

Mr. Paoletta served for a decade as Chief Counsel for Oversight and Investigations for the Committee on Energy and Commerce in the U.S. House of Representatives.  During his tenure, Mr. Paoletta managed nearly 200 investigative hearings, many of which involved high-profile issues and investigating some of the largest U.S. corporations. Many of those investigations led to substantial revisions to federal law, regulations and public awareness on significant issues of the day.

Mr. Paoletta most recently served as General Counsel for the Office of Management & Budget in the Executive Office of the President during the Trump Administration.  As General Counsel to what many consider the most powerful agency in Washington, D.C., Mr. Paoletta worked daily with agencies across the federal government to ensure programs were implemented consistent with the President's policies.  Mr. Paoletta also worked closely with the other component offices within OMB, such as the Office of Information and Regulatory Affairs (OIRA), which reviews and signs off on every regulation issued by federal agencies.  Mr. Paoletta also served as Counsel to Vice President Pence during the first year of the Trump Administration.

During his time in the Trump Administration, Mr. Paoletta helped prepare many nominees for confirmation hearings, including Cabinet nominees, several Court of Appeals nominees, and two Supreme Court nominees.