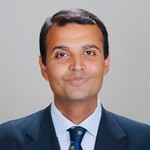 On behalf of our clients, Dr. Riddhi "Sohan" Dasgupta helps litigate commercial, international, constitutional, statutory, regulatory, and other matters in agencies and courts nationwide.  He also leads investigations; regulatory affairs; alternative dispute resolution; and international trade and arbitration issues important to our clients.  Prior to joining the firm, Dr. Dasgupta served as the Deputy General Counsel of the United States Department of Homeland Security (DHS).  Dr. Dasgupta also served as Special Counsel of the United States Department of Education (ED).

In government, Dr. Dasgupta played a prominent leadership role in numerous consequential, emergent, and exigent matters involving our national security, intelligence, domestic policy, international trade, and international affairs.  There he led various aspects of the litigation; investigations; regulatory affairs; the Committee on Foreign Investment in the United States (CFIUS) and mergers and acquisitions; trade; and other portfolios and worked closely with principals at the highest levels of the United States Government.  Dr. Dasgupta also played a vital role in drafting the positions of the Executive Branch of the United States on urgent, impactful, and high-stakes matters.  Furthermore, he helped negotiate critical security and trade agreements on behalf of the United States.

Before his service in the Executive Branch, Dr. Dasgupta was an attorney at an international law firm with a global footprint.  He worked on trial and appellate litigation and investigations; and he has filed amicus briefs before the Supreme Court of the United States and elsewhere in the Federal Judiciary.  Dr. Dasgupta earned his Ph.D. in the law of international trade and arbitration at the University of Cambridge.  His resultant book International Interplay: The Future of Expropriation Across International Dispute Settlementoffered constructive solutions for improving this field.  Its Forewordwas authored by a renowned jurist in that space.  Dr. Dasgupta is an adjunct law professor at George Mason University's Antonin Scalia Law School and speaks globally on constitutional, international, administrative, national security, and trade law issues.  In addition, Dr. Dasgupta served as the Chief Draftsman of the Proposed Constitution of Tunisia on behalf of a think tank.

Dr. Dasgupta was honored to serve as a law clerk to Judge Consuelo M. Callahan at the United States Court of Appeals for the Ninth Circuit and to Judge David A. Faber at the United States District Court for the Southern District of West Virginia.  In addition to his Ph.D., Dr. Dasgupta earned his undergraduate degree from Columbia University; his law degree from Boalt Hall at the University of California at Berkeley (Order of the Coif); and his M.Sc. from the University of Oxford.